Like our work? Arrange a meeting with us at our office, We'll be happy to work with you!

We are always looking for new talents and we were expecting you. Time to apply, buddy!

As a working theater and acting school, Atlantic has the dual mandate of creating compelling work on stage and training new generations of impassioned artists to perform it. With its two distinct entities, Atlantic needed to find the thread that would unite all of its work under a united identity, purpose, and impact.

We began with the goal to define and articulate a powerful position and narrative for the organization’s new website. A series of collaborative work sessions with the project Steering Committee guided the project and generated critical buy-in throughout the organization, from senior leadership to staff and faculty. Through interviews with internal and external stakeholders, we uncovered the guiding principles that make Atlantic distinct. What began as a website project became a larger opportunity for Atlantic to leverage its purpose and identity to unite its two entities under one brand.

Culminating in a Positioning Toolkit, which included new organizational architecture, target audiences, core beliefs, and messaging, alongside implementation guidelines and sample activations, this project helped Atlantic find its distinct identity and voice in communicating with its ever-growing audiences.

Following the successful launch of Atlantic’s new website, we facilitated a staff and board workshop to announce the new positioning strategy and website to the entire Atlantic family. Atlantic has since implemented the organizational architecture that unites Atlantic Theater Company and Atlantic Acting School under one umbrella brand, and has active the positioning strategy across internal and external touchpoints. 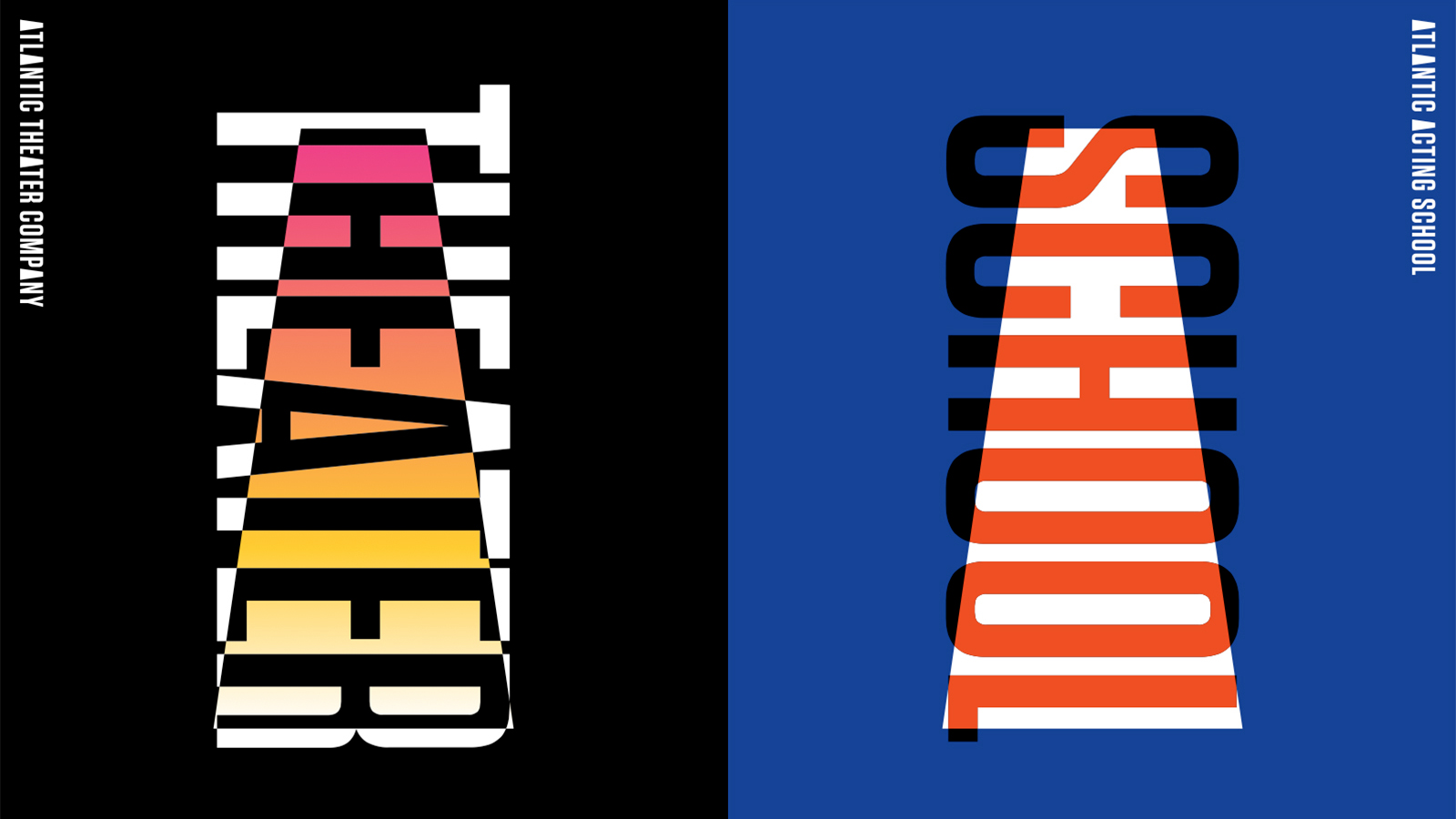 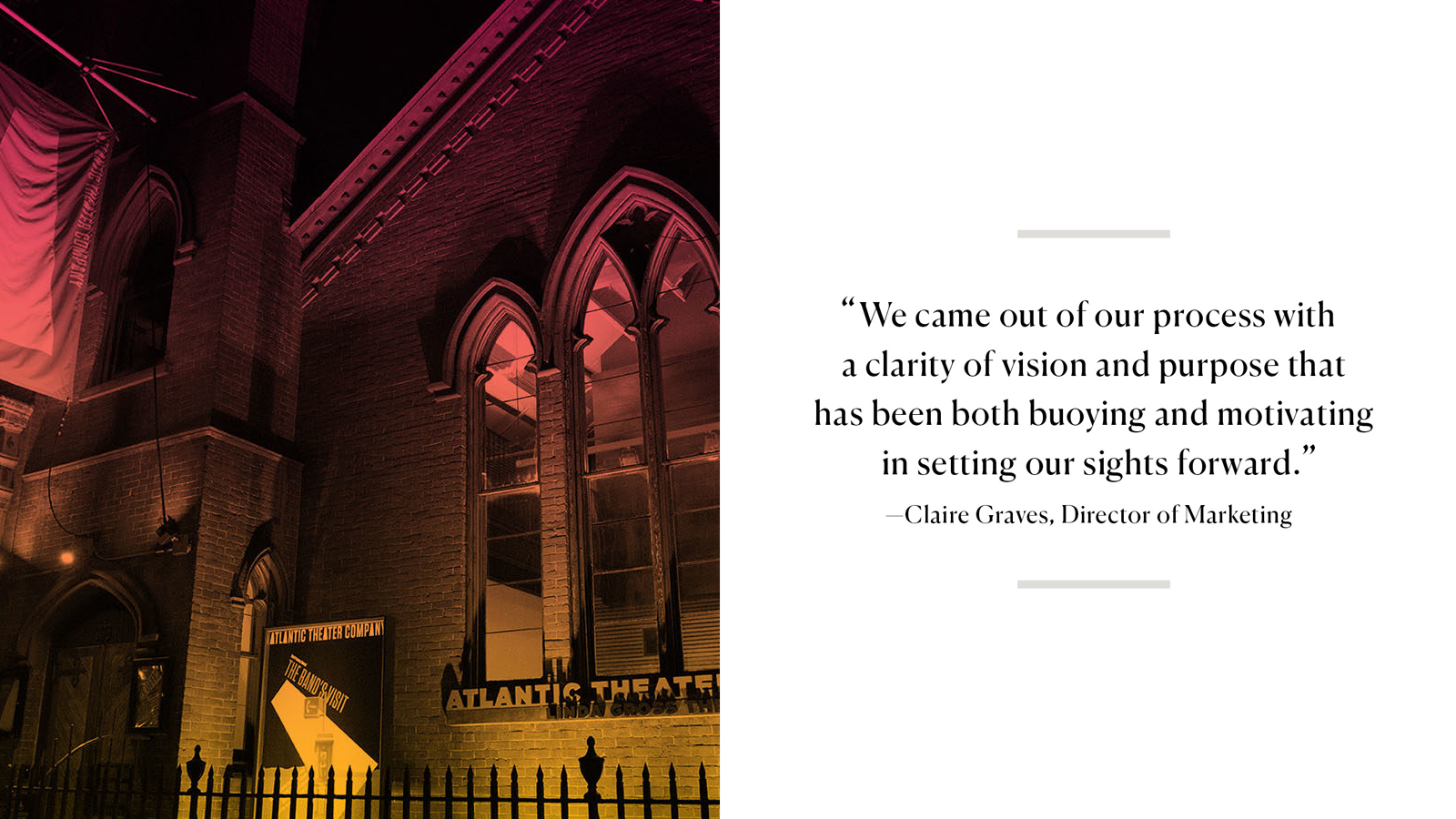 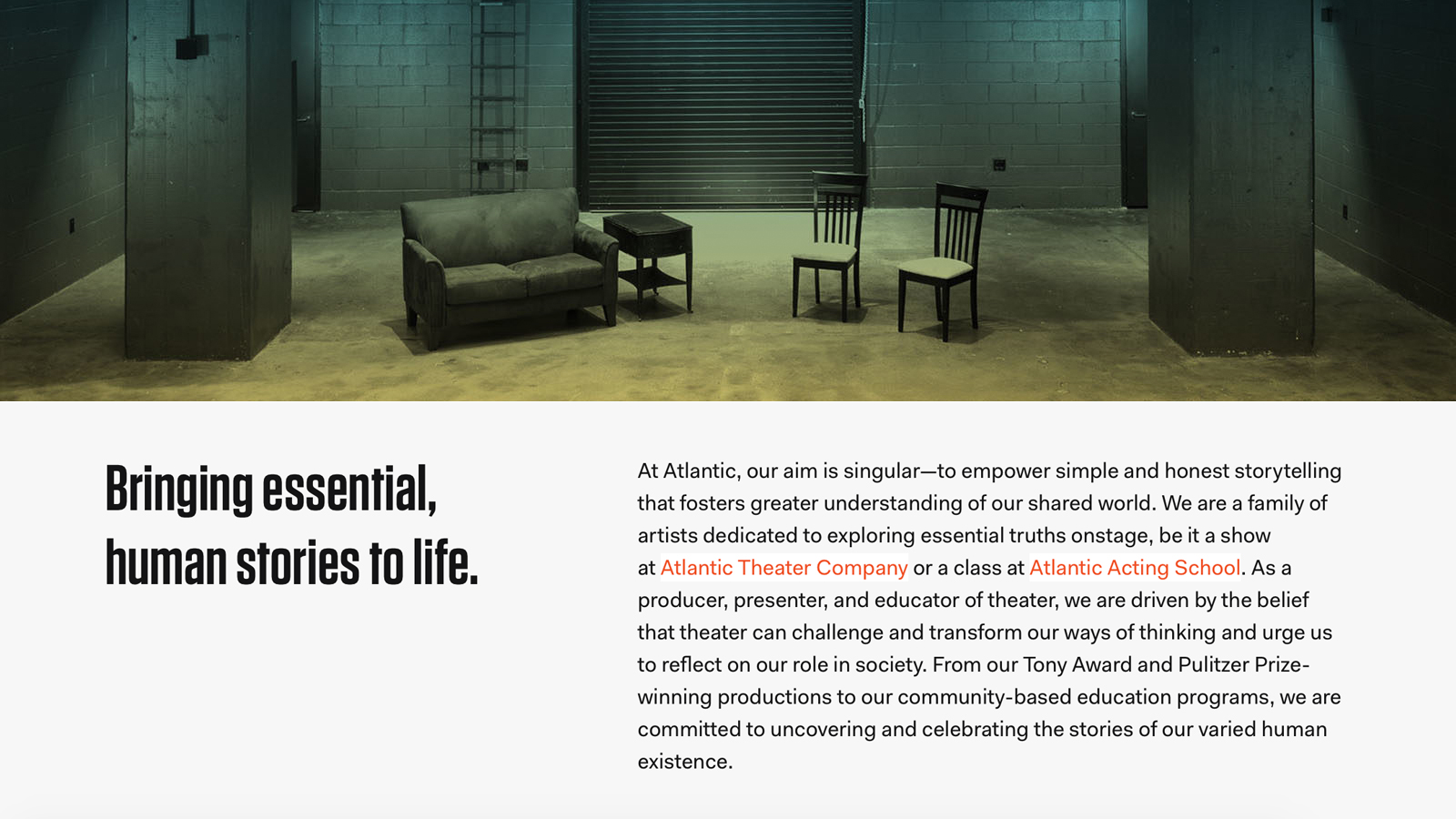 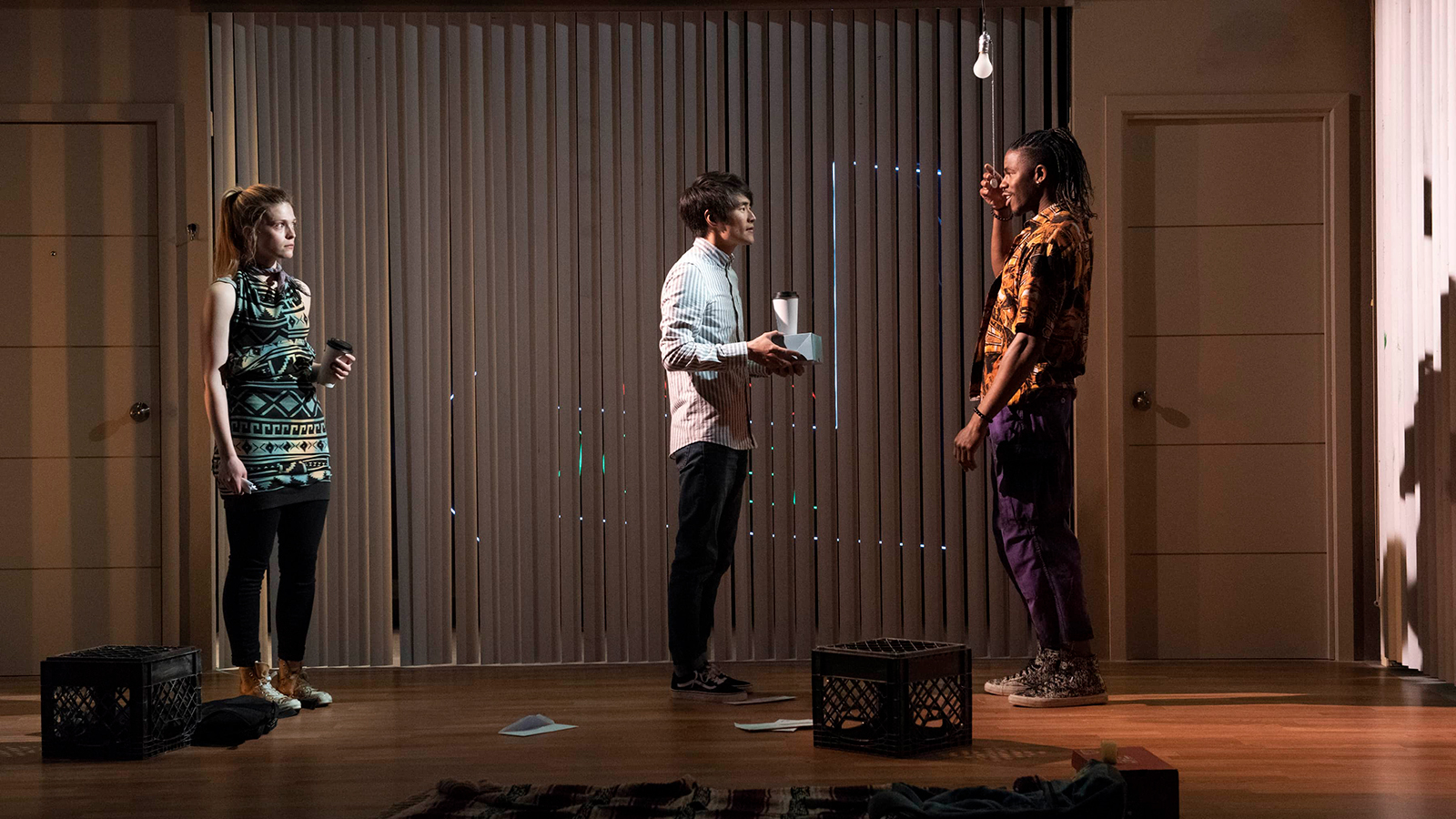 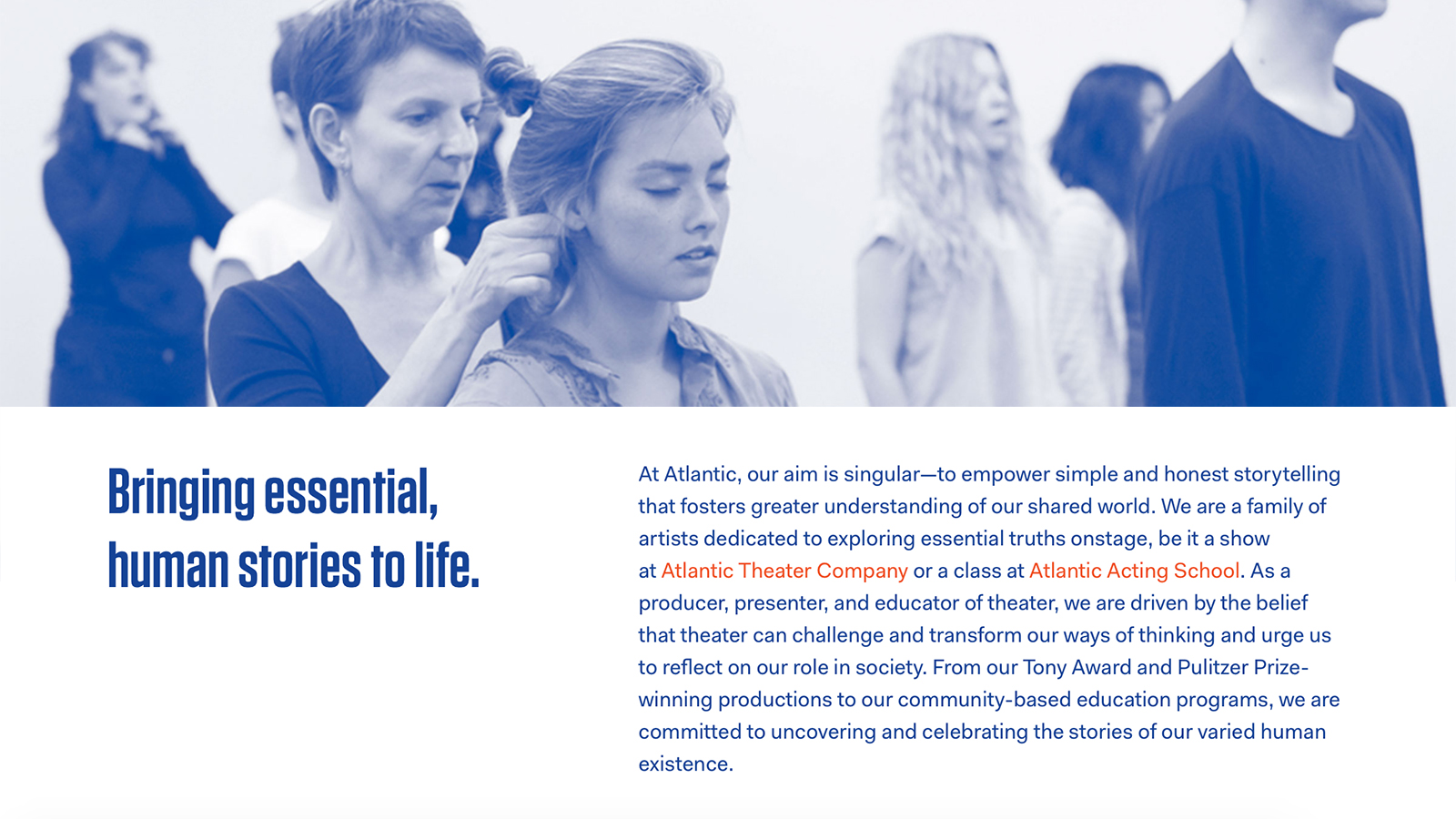